We're currently experiencing system issues which may result in website slowness. We're sorry for any inconvenience and ask that you try again later today.

We're currently experiencing system issues which may result in website slowness. We're sorry for any inconvenience and ask that you try again later today.

Submit Your Land for Consideration 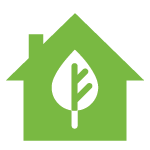 The Path to a Renewable Future

Our Clean Energy Plan is a 20-year blueprint to eliminate coal, and dramatically boost the amount of electricity we generate from clean, renewable sources. 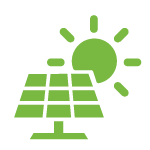 Solar Energy: A Key Part of Our Plan

We plan to add 8,000 megawatts of competitively bid, utility-scale solar power by 2040 — when solar power will comprise more than half of our electric capacity. 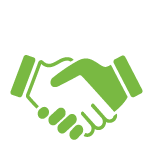 Generating large amounts of clean, renewable solar energy requires large tracts of land. We’re searching for tens of thousands of acres in Michigan. Your land could play a key role in our clean energy transformation.

We currently buy our solar energy through a competitive bidding process where solar developers, including Consumers Energy itself, bid projects to sell us the power or the entire project.

Working with Farmers to Bring More Solar to Michigan

For 135 years, we’ve worked alongside farmers to create economic prosperity while protecting the natural resources we all cherish. Solar power is the next chapter in our long, fruitful partnership.

A Message to Farmers from CEO Garrick Rochow
In 1927, we extended a power line seven miles to bring electricity to farms in south-central Michigan.

At the time, the technology was new and not everyone was sold on the change. Only a dozen families initially signed on for service from the historic power line from Mason to Dansville.

Those early adopters, though, reaped the life-changing benefits of electricity — everything from washing clothes to pumping water and milking cows got quicker, easier and cheaper. Their neighbors scrambled to catch up and, a decade later, our company had more than 10,000 miles of rural lines serving 40,000 customers.

Today, Consumers Energy and Michigan’s farmers have another chance to change life for the better.

We’re planning to add 8,000 megawatts of competitively bid, utility-scale solar power by 2040 — and our plan won’t succeed fully without support from farmers.

Generating large amounts of solar energy requires significant tracts of land — between five and 10 acres per megawatt of electricity — that’s flat, open and treeless with direct access to the sun. As we search for thousands of acres of land, we're considering potential locations such as farm fields — including those less ideal for growing crops — brownfield sites and state and recreational lands. What does this opportunity mean for Michigan’s farm community? We understand what land means to farmers, many of whom have operated their businesses for several generations. While some may feel ready to sell their acreage, others may want to enter into long-term easement agreements so the property can return to agricultural use at the conclusion of solar energy production. In some cases, solar and agriculture might co-exist on the same property.

Our goal is to meet Michigan’s farmers where they are to start a conversation about mutually beneficial solutions. Solar power can make the same positive and historic impact. I hope we can work together to create new economic possibilities for farmers and a brighter energy future for Michigan.

Answers About Landowners and Solar

What does this opportunity mean for Michigan's communities and landowners?

Welcoming solar to your community can increase a community's revenue to help fund education and critical basic services. Solar power plants can provide income for participating landowners from the sale of property or ongoing easement agreements.

How much land is needed for solar and where are the best locations?

Generating solar energy requires significant tracts of land - between five and 10 acres per megawatt of electricity - that's flat, open and treeless with direct access to the sun. That said, we expect to meet our solar energy targets using less than 2 percent of the farmland in Michigan. Ideal project sites for utility-scale solar power plants are about 500 to 900 acres and are often comprised of multiple, neighboring landowners. We're considering potential locations such as farm fields - including those less ideal for growing crops - brownfield sites and publicly owned properties. Distance to existing transmission infrastructure is also a critical factor for solar developments. The closer, the better. Lack of access or long distances to high-voltage transmission and distribution can increase costs and other siting issues.

How does a solar array affect property values?

The presence of solar does not appear to make a significant impact for landowners or neighbors. Property values are determined by a wide variety of factors, including the preferences of individual buyers, making it difficult to draw general conclusions.

How does a solar project affect the land?

New solar installations have minimal impact on agricultural land. Topsoil is left in place and solar array sites are seeded with native grasses and pollinating plants to promote biodiversity. Land can generally be farmed again after serving as a solar installation.

What’s the impact on the environment and local wildlife?

Protecting the planet is one of our top priorities and solar is a responsible environmental choice that highlights our commitment to Michigan’s ecosystem. Solar panels don’t leach or emit any harmful chemicals into the soil or the air and aren’t expected to negatively affect local wildlife. We’ll complete a detailed environmental inventory of the project area and will work with landowners and applicable federal, state and local agencies to consider all environmental concerns. This includes identifying and protecting any threatened or endangered species and their habitats.

How does a solar array impact my neighbors?

Solar panels have minimal impact for nearby residents. Their visual profile is minimal — particularly compared to wind energy. Panels are installed strategically to reduce any visible glare and don’t impact internet, phone, or satellite services. Solar panels do not make any noise. There can be a low humming noise associated with electrical equipment connecting solar panels to the grid, but sound studies are performed before and after construction to ensure noise is at acceptable levels defined by local zoning ordinances.

As optimistic as we are about the future of solar energy, we understand the sun doesn’t always shine — especially in Michigan. That’s one reason our Clean Energy Plan also includes the purchase of an existing natural gas-fired power plant in Covert. This plant, along with our current natural gas power plants in Zeeland and Jackson, will supply reliable, on-demand electricity to meet Michigan’s energy needs when renewables such as solar and other sources are not available. We’re also counting on battery technology to help us store electricity generated by solar and other renewable energy sources. We’ll save it for those times when solar production is challenging to help meet demand for power on the grid.

If you have land you think could play a part in Michigan's Solar Energy Future, please submit this form and we'll be in touch.

For the best performance on this website and others, please upgrade your browser. For suggestions to find the best web browser for you click here.